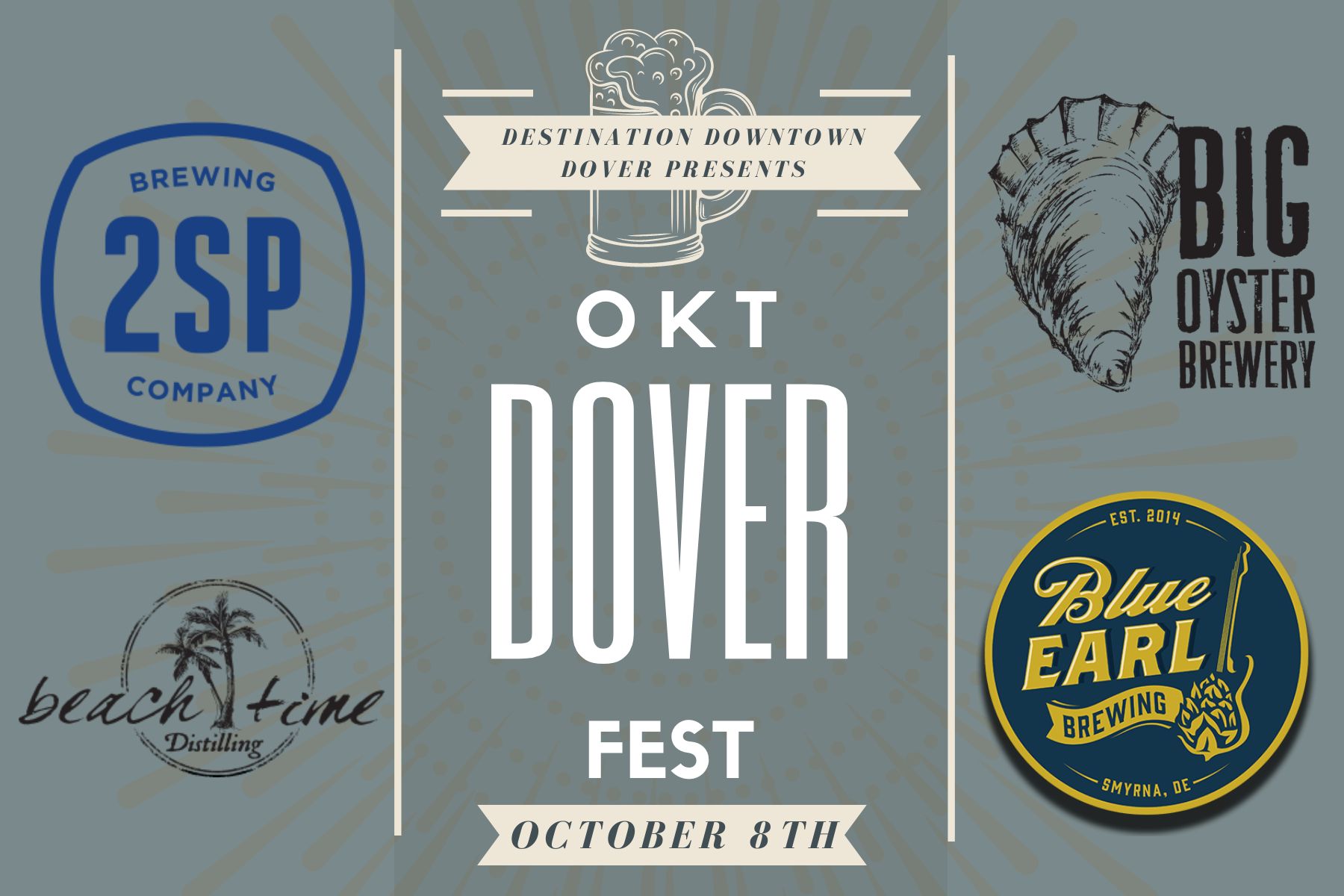 We have an exciting announcement to share! We, at Destination Downtown Dover, are excited to announce our next event, OktDoverFest! This event will be Saturday, October 8th, 2022, starting at 2 PM! It will be on Loockerman Street, right in the heart of our downtown district! This is our biggest event yet, with 3 full blocks of entertainment! We have a lot of amazing details to come, but we wanted to share our headliners, Love & Theft and Tony Jackson!

Fronted by vocalists Eric Gunderson and Stephen Liles, Love And Theft formed in Nashville, Tennessee in 2006 and released their debut album in 2009. They have since released 2 more studio albums, and have come to be recognized as one of the most exciting acts in modern country music!

Tony Jackson is through and through, COUNTRY!

Jackson’s traditional and easy laid-back vocal stylings have been praised by Rolling Stone, and he’s been invited to perform multiple times on Grand Ole Opry, CMA Fest, and Sirius XM Radio. He has also garnished the attention of the music world, working with artists like Vince Gill and Bill Anderson. This former active-duty U.S. Marine has released 5 hit singles, and continues to tour to share his talents with the world. We are so excited to have such an amazing spirit join us, as we celebrate our beautiful Downtown Dover!

Also featuring the Reggae Groove of The Mad Dabbers!

And the Motown and R&B sounds of Fazes featuring Greg Taylor!

We, at Destination Downtown Dover, look forward to continuing to share this beautiful gem of a city, with the world as well! We sponsor these events, in order to bring people to the downtown Dover district, to encourage and empower our merchants, and to bring our community together with events that build relationships and spread joy! Those who participate in our events, both vendors and patrons alike, share in this vision! With past events, we have been able to do beautifications like purchase potted plants and flowers, pressure washing the sidewalks and building facades, as well as make significant donations such as to the Schwartz Center of the Arts. So when you come to an event, you are truly giving to the heart of our Downtown!

With all that being said, we hope that this message of community and hope reaches you, and that we see all of your smiling faces in October, as we celebrate the rich history of our beloved city! History, Heritage, and Hops. It just goes well together! Falling off the Bone Bar-Be-Que And Fish Fry A portion of the Event proceeds will be used to help those affected by the recent fire on Loockerman Street, in which 6 families were displaced and several businesses were totally destroyed.

Hang out with all your friends while enjoying Local Craft Beer, Spirits, Wine, Food & Live Music!

Add event to your calendar: