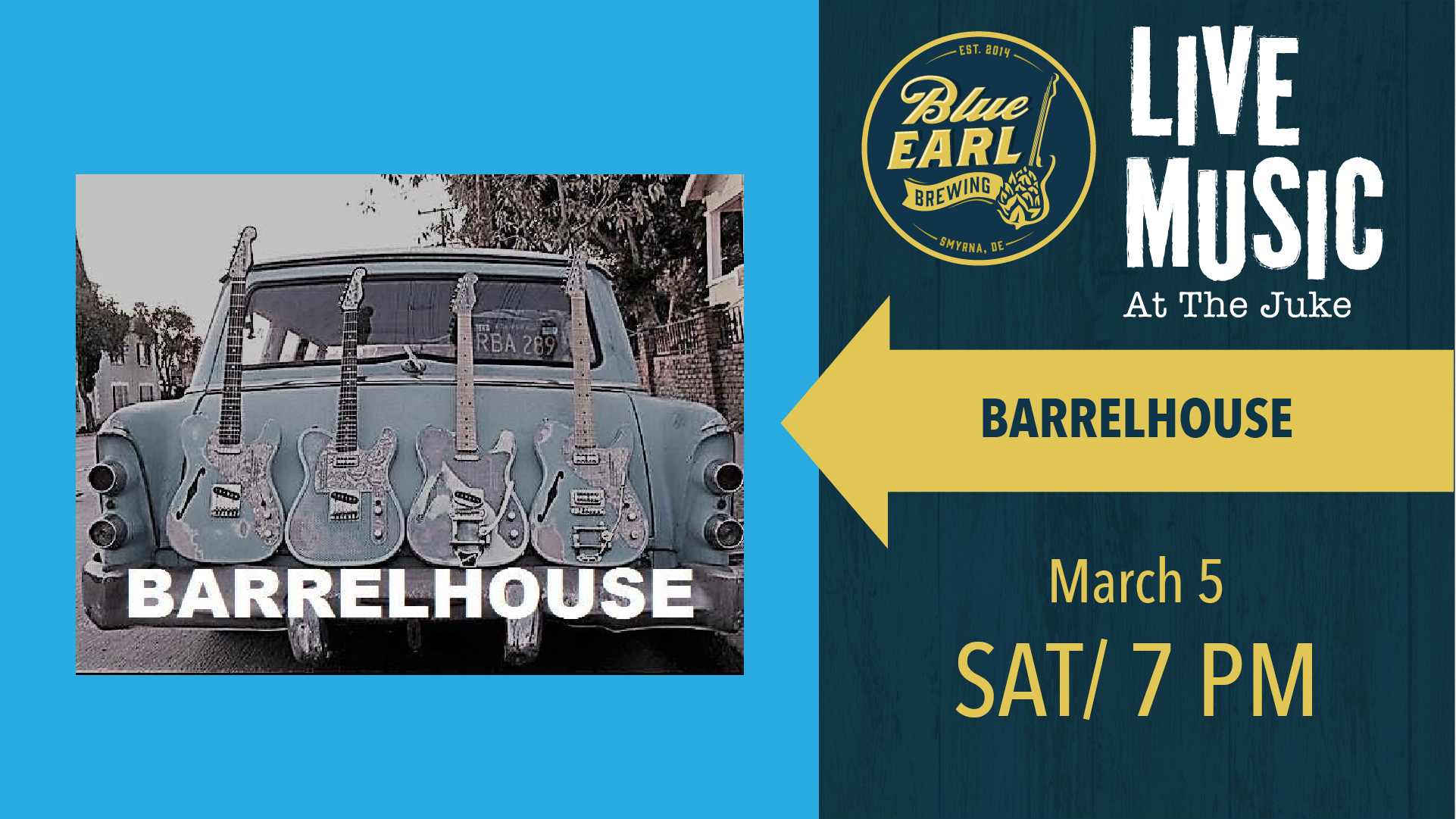 Barrelhouse is a band from Delaware that plays a “different kind of blues”. Barrelhouse was formed in October of 2007……  Since then they have been playing locations throughout the Delmarva region. They have worked hard to build a large following that “Digs” their particular brand of blues. Club & Festival goers alike, agree, that their music is high energy and up in your grille.  In 2018 Barrelhouse represented the Central Delaware Blues Society at The International Blues Challenge in Memphis Tennessee. They were one of 270 bands, worldwide, to play on Beale Street in the competition. The boys have opened for numerous well known national blues acts such as, Victor Wainwright, John Primer, Bob Margolin, Ray Fuller, Moreland & Arbuckle, Albert Castiglia, The Night Hawks, and others.

Add event to your calendar: